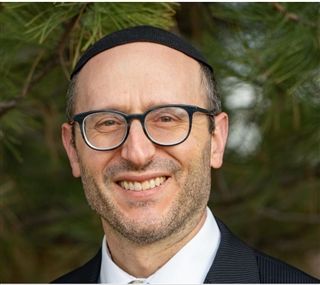 Rabbi Dani Rockoff
Rabbi Rockoff served as the K-12 Judaic Studies Principal and School Rabbi of the Denver Academy of Torah.
Prior to moving to Denver in 2019, Rabbi Rockoff served as Dean of the Matmidim Judaic Studies Program at the Hyman Brand Hebrew Academy in Overland Park, KS. He was also the congregational rabbi of Congregation Beth Israel Abraham and Voliner (BIAV), a position he held since 2008. Rabbi Rockoff was ordained at the Rabbi Isaac Elchanan Theological Seminary of Yeshiva University, where he also earned an M.S. in Jewish Education from the Azrieli School of Jewish Education and Administration, as well as an M.A. in Bible from the Bernard Revel Graduate School of Jewish Studies. He also completed a Masters degree in Public Administration at the University of Missouri-Kansas City.
A Boston native, Rabbi Rockoff began his career in education, where he taught Judaic Studies to elementary, middle and high school students at the BiCultural Day School in Stamford, CT, and the Rae Kushner Yeshiva High School in Livingston, NJ. His previous rabbinic experience includes internships in Riverdale, NY and Beverly Hills, CA, as well as an assistant rabbi position in West Orange, NJ. He was also Program Director at the Orthodox Union’s Department of Community and Synagogue Services, both on the West Coast and in New York. Rabbi Rockoff is married to Dr. Ayala Zoltan Rockoff, a special educator and school psychologist; together they have four children- Shai, David Aryeh, Ora, and Beni. 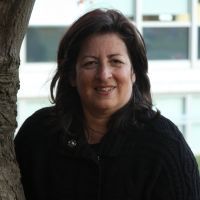 Mrs. Goldman has been the executive director of Westchester Day School since the late 1990s.  Her responsibilities include partnering with the board of directors and the finance committee in developing the annual budget, to overseeing the school finances and grants, to buildings and grounds, to food services, security and maintenance.  including security and dining services and the Westchester Summer Day Program. She is also the contact person for tuition assistance. Rachel has a master’s degree in business administration and is a Certified Public Accountant. She has also lectured at several national conferences on financial management at independent schools and has been a member of several Middle States Visiting Teams, constantly incorporating new ideas in the evolution of WDS.
Morah Meri has been a beloved Ganon and early elementary school educator at WDS for over 20 years and has earned the reputation of being a kind, responsive, creative, driven, and growth-minded teacher.
Morah Meri has a double Master’s degree in Early Childhood and Special Education from the Fordham University School of Education. She is certified in Early Childhood and Special Education through grade 12. During her tenure at WDS, she has taught Ganon, Kindergarten and 1st grade. Prior to coming to WDS, Morah Meri taught pre-K, kindergarten and 1st grade at the Rodeph Sholom School in Manhattan. She has been a teacher and Hebrew Curriculum Coordinator at the Congregation Kol Ami Hebrew School for 15 years. For 9 years she was the 3rd-5th grade girls Division Head at Camp Seneca Lake. 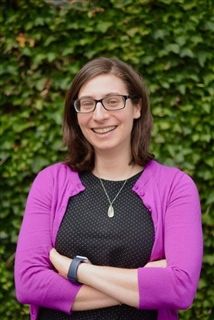 Ms. Benjamin is a master educator who has been teaching 3rd grade General Studies for eight years, most recently at the Maimonides School in Brookline, MA. She has been a member of the Faculty Leadership Team responsible for planning in-school staff professional development and coaching teachers in the Data-Wise Project, a Harvard School of Education program that supports educators in using collaborative data inquiry to drive continuous improvement of teaching and learning for all students. Prior to Maimonides, she taught 3rd grade at the Kehillah Schechter Academy in Norwood, MA.
Ms. Benjamin received an MA in Education in Integrated Elementary and Special Education from Wheelock College of Boston University, and a BA in Psychology from American University. She takes an innovative approach to education and is deeply committed to making an impact on the lives of students. 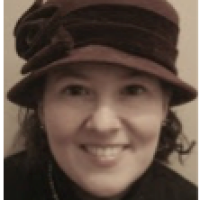 Mrs. Ament began her career at Westchester Day School in 2016 as the Middle School Principal. She now serves as Associate Head of School. Prior to joining the WDS Educational Leadership Team, she was the Associate Director at the Jewish New Teacher Project, a division of the New Teacher Center, where she oversaw the professional training and support of over 90 mentors and 130 new teachers in over 60 Jewish schools, including WDS. During her tenure at JNTP, she personally mentored over 20 teachers. During her two decades in the field of Jewish education, Mrs. Ament served in various professional capacities at several educational institutions, including many years as a classroom teacher in the Boston, Los Angeles, and New York metropolitan areas. She was recently an instructor in the Education Department at Stern College for Women. She has co-authored a Chumash curriculum, published papers in a number of educational journals, and has been a sought after presenter at national Jewish education conferences. Amy holds a B.A. from Binghamton University in History and Judaic Studies, an M.S. in Administration and Supervision from Yeshiva University, and an M.A. from Brandeis University's Hornstein Program in Jewish Communal Service. She lives in White Plains with her husband, Jonathon, and three children, Ezra, Joshua and Adina.

Westchester Day School is a Modern Orthodox, co-educational, dual-curriculum, toddler to 8th grade Jewish school that inspires and educates our students in their own way to value menschlichkeit, mitzvot, and lifelong learning.